Last September when I set out on this little quest I had a suspicion that the endpoint would become a moving target…and it certainly has.  Not really in a bad way, mind you, finding more caches is always fun.

When I got started, my Quest consisted of a total 259 caches, of which I had found a whopping 13.  Now, around eight months later, my find count has gone up to 70 but my list of Quest caches yet to find has increased to 231.  For those that just did the math, you’ve noticed that the total number of quest caches has gone up to 301 and will probably continue to go up, or maybe even down a little, until I declare this little effort finished.

So what happened?  Well, for starters, eight additional Earthcaches have been published over the past eight months.  Next, all of the Georgia Historic Sites Geotour caches were archived early this year and were re-published in late March…and five additional caches were added.  Then, just a couple of weeks ago, as I was driving out to Greensboro, Georgia for work, I passed a couple of the Georgia Rest Areas along I-20 and remembered that more often than not there is a cache or two in each rest area and that nearly all of the rest areas would be along the routes I would need to travel to complete my Quest.  I spent some time looking at the Geocaching.com cache maps to see how many caches we were talking about and where they were located…and…I did it, I took the plunge, I bit the bullet, I figured what the heck, what’s 30 more caches among friends?  OK, I’ve already found 4 of the Rest Area caches so make that 26 more of those to find.  If (big if) I’ve done the math right, I have 257 total Quest caches left to find.  Sure, no problem.

Want a few highlights from my efforts since my last update?

For starters, I knocked off Murder in Coweta County (GCB461), a six-stage virtual that starts in downtown Newnan that I’ve wanted to do for a long time but just never took the time to do.  My Young Harris College roommate Mike Z and his wife were in town for a weekend visit.  ConnieLou and Mike’s wife, Michelle, were heading out to run some errand on the north side of Atlanta, so I asked Mike if he was interested in going caching and he said he was.  I told him about the cache and told him that it was going to take most, if not all afternoon and we’d be driving all over west Georgia.  He was still interested and even offered to drive and let me navigate.  Let the fun begin!  We made it through five of the six stages and got within 20 miles of the final before we ran out of time.  I made a trip to the area to log the final stage and to log a new EarthCache that popped up nearby a few weeks later. 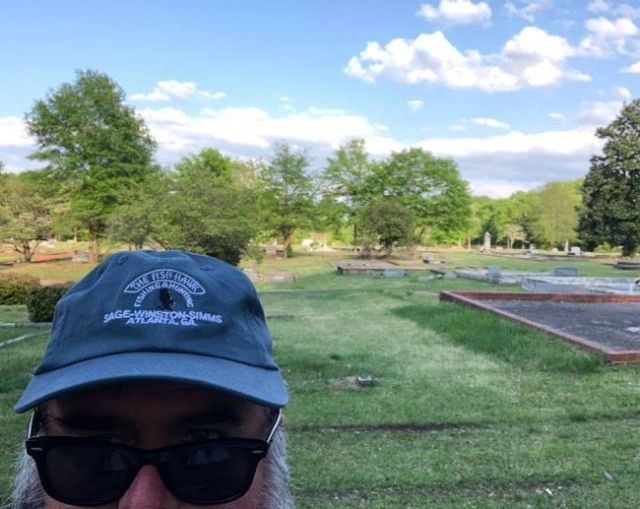 Flat Rock Potholes (GC7Z66Z) took me to a cool little park in Columbus, Georgia where a creek flows over the bedrock creating a series of pools and slides and one can actually see the contact between ancient marine sediments and crystalline rock of the Georgia Piedmont (sorry, I’m a geologist and EarthCaches cause me to nerd out a bit sometimes). 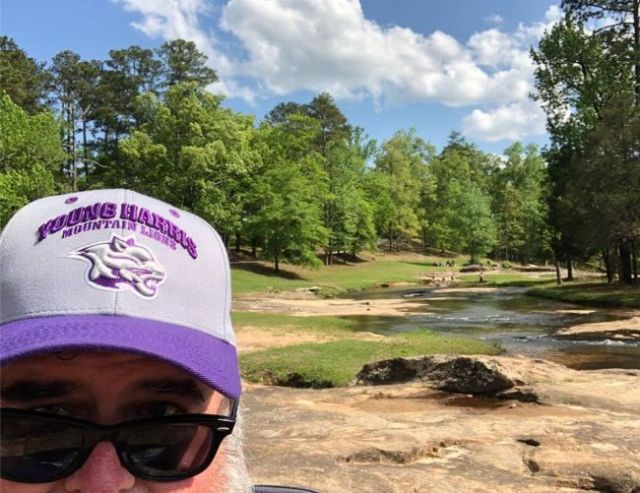 Last but not least, I picked up Southbound Rest Area TB Birdhouse (GC6ZCZ1) on I-75 south on our way to St. Augustine to move Jenna home from college for the summer.

So what’s coming up?  For starters Jenna and I have trips to Congaree National Park in South Carolina and Great Smoky Mountains National Park in North Carolina and Tennessee  planned this summer to work on portions of her Senior Honors Capstone project for college.  At a minimum these two trips will take us by half a dozen or more of the Rest Area caches and there may be a few other Quest caches that we can visit without straying too far from our route.  Also, we’ll be moving Ashley to Brandon, Florida so there are possibilities along I-75.  And…while not related to The Great Georgia EarthCache Quest, Jenna and I will also  be taking a trip out to Yellowstone National Park for her project and I hope to add Montana, Idaho and Wyoming to my list of states that I’ve found caches in and hopefully a few of those will be EarthCaches.

This entry was posted in Earth Cache, Earthcache, Geocaching, Geotour. Bookmark the permalink.

Hikes and Travels in Colorado and Beyond

The Blog of Travel

Motorbikes, dogs and a lot of traveling.

"Those who teach the most about humanity, aren't always humans." -Donald L. Hicks

The Life of a Geocacher

"Adventure is Out There"

Our journey from getting off the couch and onto the trail

Sometimes the best way to figure out who you are is to get to a place where you don't have to be anything else.

The podcast about geocaching

Texas beer and where they are

Patrons of the Pit